Despite the subject matter (at least for me), Mr. Durham's work is very readable. He manages to combine historical wars with a more intimate sense of the people involved. But at the same time I didn't ... Ler resenha completa

PRIDE OF CARTHAGE: A Novel of Hannibal

The Second Punic War of the third century b.c., which pitted the republic of Rome against the African empire of Carthage, is the rich subject of Durham's latest.As in its predecessors, Gabriel's Story ... Ler resenha completa

DAVID ANTHONY DURHAM earned an M.F.A. from the University of Maryland and is the author of two widely praised novels, Gabriel’s Story and Walk Through Darkness. Durham lives in New England with his wife and children. 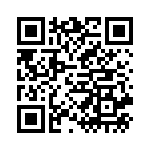