Robert Deam Tobin is Henry J. Leir Chair in Language, Literature and Culture at Clark University. He is the author of Warm Brothers: Queer Theory and the Age of Goethe, also available from the University of Pennsylvania Press. 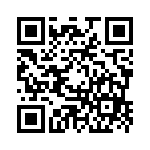