My brother just moved to the wonderful State of Virginia. I thought this would give him a little background and history! The book spans from the settling of Virginia to Present Day. It is very ... Ler resenha completa 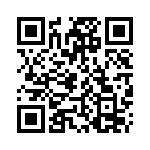