R. Lee Lyman is a professor in and the chair of the Department of Anthropology at the University of Missouri?Columbia. Michael J. O?Brien is a professor of anthropology and an associate dean in the College of Arts and Science at the University of Missouri?Columbia. Lyman and O?Brien are the coauthors of Archaeology as a Process: Processualism and Its Progeny and Cladistics and Archaeology, among other books. 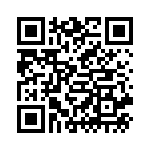