This short biography was well-written and told me a lot about Martin Van Buren's political career. I would've liked to learn more about his personal life and also how he managed to create the modern ... Ler resenha completa

The author tried to give an objective narrative of Van Buren's political career - and he largely succeeds. However, the book contains all kinds of references - sometimes totally not related to the ... Ler resenha completa

Ted Widmer is the director of the C. V. Starr Center for the Study of the American Experience at Washington College. He is the author of Young America and the co-author, with Alan Brinkley, of Campaigns. Widmer served as senior adviser to President Clinton and director of speechwriting at the National Security Council. He lives in Maryland. 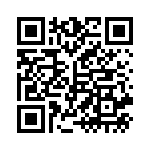