This book brings up some very difficult points and has done a very good job of finding out the data when the government in question is doing its best to hide it. That said, after the first chapter it ... Ler resenha completa

A sobering and fascinating look at gender dynamics in present day China. It is absolutely amazing to me how people can be pressured into doing things that blatantly go against their own self interest ... Ler resenha completa 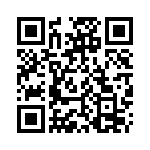