Tom Peters, public speaker and author, graduated from Cornell University and received a M.B.A. and Ph.D. from Stanford University. He has also received honorary doctorates from the University of San Francisco and Rhodes College. He was in the U. S. Navy during Vietnam and later served as a senior White House drug abuse advisor (1973-74). He worked for McKinsey & Company from 1974 to 1981. He holds about seventy-five seminars a year and has created and starred in a series of corporate training films. He is the co-author of In Search of Excellence: Lessons from America's Best-Run Companies, which was a New York Times bestseller for three years. This book and subsequent titles have become bestsellers in Europe, Latin America and Asia. Peters contributes to several newspapers and journals, including writing a bimonthly column for Forbes ASAP. 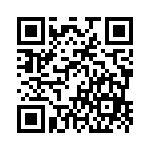