Preaching to the choir, it's unclear who the target audience is, those who'd learn the most from it are those least likely to want to read it. Perhaps it would persuade the 'third group' or cyclists ... Ler resenha completa

Peter Walker is a political correspondent for the Guardian and runs its popular bike blog. As a news journalist he has reported from places ranging from Iraq to North Korea. Walker has also been named one of the fifty most influential people in British cycling. He has been a regular cyclist since working as a cycle courier in London and Sydney. 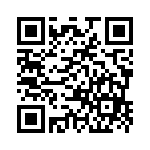