John Peddie, OBE. MC, was a retired regular infantry soldier and this led to the authoritative nature of his books on the subject of Roman history. His other books include 'The Roman War Machine', 'Invasion: The Roman Conquest of Britain' and 'Alfred: Warrior King' which was commended by the British Army Review as a "masterly" didentangling of the King's campaign. He died in 1999. 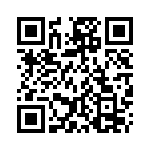