Jane Caputi is professor of women’s studies and communication at Florida Atlantic University and author of The Age of the Sex Crime and Gossips, Gorgons & Crones: The Fates of the Earth. She also collaborated with Mary Daly on Websters’ First New Intergalactic Wickedary of the English Language. 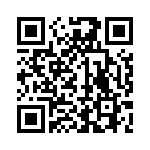