From coping and praying through the universalexperiences of misunderstanding and pain, tounderstanding how to minister to others praying their way through their ownI Corinthians 10:12-13 challenges, Bro Swindoll has helpful, practical insights. Ler resenha completa

Charles R. Swindoll was born on October 18, 1935 in El Campo, Texas. After his duty in the Marine Corps, Swindoll entered the Dallas Theological Seminary and graduated with several honors including the Harry A. Ironside Award for Expository Preaching and the Faculty Award for Most Outstanding Graduate. Swindoll became a pastor in several churches across the United States, and later became president of the Dallas Theological Seminary in 1994. He has written over 60 books and booklets and was chief editor of The Living Insights Study Bible. 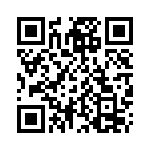