The typical biography of George S Patton as told before with a few new twists. Ler resenha completa

Stanley P. Hirshson was professor of history at Queens College and the Graduate Center of the City University of New York. He is the author of biographies of Brigham Young, Gen. William T. Sherman, and Gen. George Patton, and died in 2003. 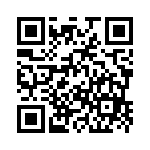