The son of a Lutheran pastor, Friedrich Wilhelm Joseph Schelling was born at Leonberg, in southwestern Germany. He entered the theological seminary at Tubingen at the age of 15, where his fellow students included Hegel (see also Vol. 3) and the poet Holderlin (see Vol. 2). While serving as tutor to the sons of a noble family between 1794 and 1798, Schelling began to produce a series of philosophical writings reflecting the radical post-Kantian idealism of Fichte. Schelling, however, was never happy with what he saw as the one-sided subjectivism of Fichte's position; he showed an equal interest in the "philosophy of nature," the speculative attempt to construct the results of the natural sciences from a purely philosophical standpoint. Both sorts of writings brought him early fame, and when Fichte was dismissed from his professorship at Jena in 1799 on grounds of "atheism," Schelling---whose religious views at the time were, if anything, even less orthodox than Fichte's---was named his successor. The culmination of Schelling's philosophy to this point was his System of Transcendental Idealism (1800). But at Jena his philosophy developed into the so-called system of identity: Absolute reality, Schelling argued, must be conceived neither as the I nor as the not-I, neither as subject nor as object, but as an unrepresentable identity that precedes their separation in any possible consciousness. He developed this idea most fully in his philosophical dialogue Bruno (1802). Schelling left Jena in 1803 after an affair with Caroline Schlegel, wife of August Schlegel (see Vol. 2), who divorced her husband and went with Schelling to a new life at the University of Wurzburg. Schelling later held professorships at Munich and Erlangen, before finally being named Hegel's (see also Vol. 3) successor at Berlin in 1841. Schelling had broken with Hegel as early as 1807, and he had watched in dismay as Hegel's system had come to be accepted as the definitive version of German idealist philosophy. Over the years Schelling's views, both religious and political, had also become much more conservative. For this reason the new Prussian king, Friedrich Wilhelm IV, upheld Schelling's philosophy in order to counteract the powerful influence still exerted by Hegel's (though the latter had died 10 years previously). Schelling lectured at Berlin until his retirement 5 years later. Together with Fichte and Hegel, Schelling is one of the major German idealist philosophers. Along with his development of Fichte's idea of a system of transcendental idealism and Hegel's conceptions of a dialectic of thought and a history of culture, Schelling's unique philosophical achievements lie in his idea of a speculative philosophy of nature and his conception of art as yielding the highest kind of philosophical insight. Where Hegel defended the primacy of reason and conceptual thinking in opposition to the romantics, Schelling inspired philosophical romanticism through his theories of art and his emphasis on religious experiences and conceptions. 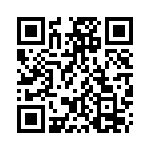