Entertaining and informative though it is in parts, you can't help get the feeling from this selection of his writings that Schopenhauer is just a grumpy old man. The introduction to this collection ... Ler resenha completa

I rate this book two stars because I think "it was OK". I have gladly evolved past the thinking of Arthur Schopenhauer. It puzzles me how a man of serious thought could come up with his ideas ... Ler resenha completa

Arthur Schopenauer was born in Danzig in 1788, where his family, of Dutch origin, owned one of the most respected trading houses. In 1793 the business moved to Hamburg, and in 1805 Arthur, who was expected to inherit it, was apprenticed as a clerk to another Hamburg house. He hated the work, so in 1807, two years after his father's suicide and the sale of the business, he enrolled at the grammar school at Gotha. In 1809 he entered G—ttingen University to study medicine and science; the following year he took up philosophy. In 1811 he transferred to Berlin to write his doctoral thesis (1813). During the next four years he lived in Dresden and wrote The World as Will and Idea (1818), a complete exposition of his philosophy. Although the book failed to sell, Schopenhauer's belief in his own philosophy sustained him through twenty-five years of frustrated desire for fame. During his middle life, he traveled widely in Europe. In 1844 he brought out a greatly expanded edition of his book, which after his death became one of the most widely read of all philosophical works. His fame was established in 1851 with the publication of Parerga and Paralipomena, a large collection of essays, dialogues and aphorisms. From 1833 until his death from a heart attack in 1860 he lived in Frankfurt-am-Main.

R. J. Hollingdale has translated eleven of Nietzsche's books and published two books about him. He has also translated works by, among others, Schopenhauer, Goethe, E. T. A. Hoffmann, Lichtenberg and Theodor Fontane, many of these for the Penguin Classics. He is Honorary President of the British Nietzsche Society, and was for the Australian academic year 1991 Visiting Fellow at Trinity College, Melbourne. 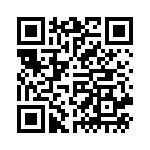