Eduardo Galeano, born September 3, 1940, in Montevideo, Uruguay, has had a long and active career as a journalist, historian, and political activist. At the age of 13, he began publishing cartoons for the Uruguayan socialist newspaper El Sol. When he was in his early 30s, Galeano was imprisoned during a right-wing military coup and later forced to flee from Uruguay to Argentina. Later, another coup and several death threats forced him to leave Argentina for Spain where he lived in exile until he was permitted to return to Uruguay in 1984. Days and Nights of Love and War resulted from an open conversation with his own memory as he tried to understand what had really happened in his life. He has written numerous books including Football in Sun and Shadow; Open Veins of Latin America: Five Centuries of the Pillage of a Continent; Guatemala: Occupied Country; and The Book of Embraces. In 1989, Galeano won the American Book Award for Memory of Fire. 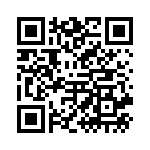