Writer, playwright, essayist and literary critic, Mario Vargas Llosa was awarded with the
Nobel Prize for Literature in 2010, has become one of the leading intellectual figures of
contemporary Peru. Many of his books were influenced by their perception of Peruvian
society and his own experiences, achieving recognition with books like Los Jefes, La ciudad y
los perros, La Casa Verde, Los Cachorros and Conversación en la Catedral. These books
were produced in a troubled period of Peruvian society, immersed in the modernization and
internal migration of the mountain to the coast during the 1950s and 1960s process. And these
books will be the subject of our investigation in this study, which aims to analyze the
Peruvian writer engaged as a writer that also affects its society through novels, using them as
a tool to express himself. Also seeking to understand the extent to which his works of the
1950s and 1960s dialogue with other areas of knowledge in the debates on the problems faced
by your society. We also seek to understand your conceptions of literature, romance and the
role of the writer, in order to place him in his intellectual trajectory, assuming that the novels
studied in this research can be understood as an opportunity which guarantees the expression
of his intellectual restlessness, seeking to establish typifications and interpretations around the
Peruvian and Latin America reality. This work also aims to identify how the plots of the novel
demonstrate these transformations, taking into consideration the engaged literature proposed
by Vargas Llosa and how these changes occurred and led to a reconfiguration of the way of
understanding the concept of criollo, deeply investigating the social relationships between
already residing in Lima inhabitants and migrants coming from the mountain. 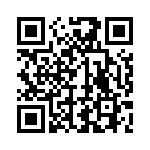