William Glasser, who was born in Cleveland, Ohio, first earned a degree in chemical engineering from the then Case Institute of Technology and later became a psychiatrist. He found himself doubting much of the conventional psychoanalysis, in which often the patient is seen as the helpless victim of past traumas, and insisted that the cobwebs of the past be brushed aside and that the patient develop a plan of action for the future. Glasser's conviction that success breeds success and that failure breeds failure led him to develop his reality therapy, a remedy for people for whom conventional psychotherapy does not work and a prescription of use to people regardless of their circumstances. Glasser has also done much for and within the school system, dealing with the issues of motivation, quality in the school, and problems of delinquency. Glasser's books have been translated into many languages. He has wide experience as a psychiatrist in Los Angeles and has been a consultant to the school system there. 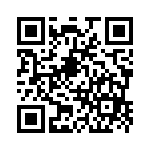