Chinese Astrology Exploring the Eastern Sky by Shelly Wu I really enjoyed this 256 page book on Chinese Astrology because it was so easy to access and I also loved the way the info was presented in a ... Ler resenha completa

I really enjoyed this book

Wow! This lady is jaw droppingly accurate. There are so many emotions lessons and things to think about in this book. I was laughing one minute and crying the next totally riveted. I felt like I ... Ler resenha completa

Shelly Wu is the author of Chinese Astrology: Exploring the Eastern Zodiac and Chinese Sexual Astrology: Eastern Secrets to Mind-Blowing Sex. Her columns and feature articles have appeared in the Associated Press, on ABC News and the BBC, as well as in Psychic Interactive, Your Stars, InTouch, and LIFE magazines. Wu lives and loves in sunny California and can be heard on radio talk shows worldwide. 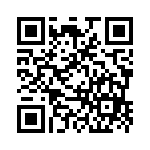