I wanted and expected to give this five stars, but it only just made it to four. Reasons for this include too much time devoted to Shirley’s teenage years and beyond; too much focus on financial ... Ler resenha completa

I read this a few years back and found it to be an incredibly fascinating look into the life of Shirley Temple. It showed me some of the realities of life in movies during the early years of Hollywood ... Ler resenha completa

Shirley Temple was born in Santa Monica, California on April 23, 1928. In 1932, she appeared in Baby Burlesks, a series of one-reel shorts in which children played all the roles. She went on to appear in more than 40 movies including Little Miss Marker, Bright Eyes, Captain January, Wee Willie Winkie, Susannah of the Mounties, Kiss and Tell, The Bachelor and the Bobby Soxer, and That Hagen Girl. She retired from the screen in 1950 at the age of 22. From 1958 to 1961 she was the host and an occasional performer on the television series Shirley Temple's Storybook, an anthology of fairy-tale adaptations. After marrying Charles Alden Black in 1950, she became a prominent Republican fund-raiser. She was appointed a delegate to the United Nations General Assembly by President Richard M. Nixon in 1969. She was the United States ambassador to Ghana from 1974 to 1976, was President Gerald R. Ford's chief of protocol in 1976 and 1977, and was President George H.?W. Bush's ambassador to Czechoslovakia in 1989. She wrote an autobiography entitled Child Star in 1988. She died on February 10, 2014 at the age of 85. 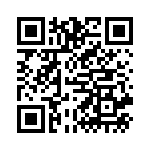