I read the second edition of this book for a Latina/o Studies class in college, and found it such a powerful experience that I began pushing it on all my friends. One of them finally took me up on my ... Ler resenha completa

I particularly like the chapter called "How to Tame a Wild Tongue" when Anzaldua explains just how much our language shapes our identity. This was an eye-opener for students who rarely befriend people ... Ler resenha completa

A native of the Southwest, Anzaldua is a Chicana lesbian feminist theorist, creative writer, editor, and activist. She has taught Chicano studies, feminist studies, and writing at a number of universities. In addition, she has conducted writing workshops around the world and has been a contributing editor for the feminist literary journal Sinister Wisdom since 1984. She has also been active in the migrant farm workers movement. Anzaldua first came to critical attention with an anthology she coedited with Cherrie Moraga, another Chicana lesbian feminist theorist and writer. Titled This Bridge Called My Back: Writings by Radical Women of Color (1981), the anthology includes poetry, fiction, autobiographical writing, criticism, and theory by Chicana, African American, Asian American, and Native American women who advocate change in academia and the culture at large. Anzaldua is well known for her second book, Borderlands/La Frontera (1987). It combines prose and poetry, history, autobiography, and criticism in Spanish, English, as well as Tex-Mex and Nahautl. Its purpose is to interrogate and deconstruct sexual, psychological, and spiritual borderlands as well as the United States-Mexican border. In 1990 Many Faces/Making Souls was published. Anzaldua currently resides in Santa Cruz, California. 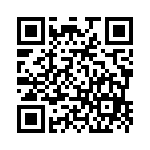