Marc Olden (1933–2003) was the author of forty mystery and suspense novels. Born in Baltimore, he began writing while working in New York as a Broadway publicist. His first book, Angela Davis (1973), was a nonfiction study of the controversial Black Panther. In 1973 he also published Narc, under the name Robert Hawke, beginning a hard-boiled nine-book series about a federal narcotics agent.

A year later, Black Samurai introduced Robert Sand, a martial arts expert who becomes the first non-Japanese student of a samurai master. Based on Olden’s own interest in martial arts, which led him to the advanced ranks of karate and aikido, the novel spawned a successful eight-book series. Olden continued writing for the next three decades, often drawing on his fascination with Japanese culture and history. 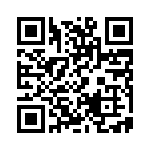