If you study popular books on the American Revolution, it's easy to come away with the idea that the Revolution was led by the 56 men, give or take a few that were taking care of business elsewhere ... Ler resenha completa

AMERICAN INSURGENTS, AMERICAN PATRIOTS: The Revolution of the People

A noted historian tells the overlooked "people's story" of the American Revolution.Casting a new light on the origins of the struggle for independence, Breen (American History/Northwestern Univ.; The ... Ler resenha completa

T. H. Breen is the William Smith Mason Professor of American History at Northwestern University. The author of several works of history, Breen has also written for The New York Times Magazine, the London Review of Books, The Times Literary Supplement, and The New York Times Book Review. He lives in Evanston, Illinois. 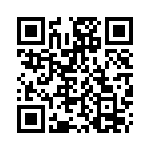