Antonio García-Trevijano (born in Granada, Spain in 1927) is a prominent figure of Spanish politics since the late sixties, and is arguably one of the most important intellectual figures of 20th century both in political and aesthetical theory.
Miguel Rodríguez de Peńaranda (born in Madrid, Spain in 1974) is a writer and a translator. His main subject areas are philosophy, poetry, religion, and political theory. He currently lives in Vancouver, BC. 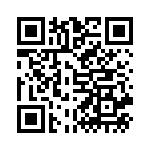